Consortium meeting and conference at Rhodes September 25 to October 1, 2016

The Kidney DIREKT participants were brought together for a consortium meeting in connection with the..Read more

WP3: Optimization and development of regulators of innate immunity

Coordinated by: John Lambris in collaboration with partners 1, 5, 6, and 7

In the first part of WP3 the function of already identified and previously described regulators of innate immunity will be further assessed and optimized. Focus will be on modifications to increase binding affinity, species specificity, and efficacy and to fuse the regulators with suitable surface anchor molecules, developed in WP4.

As another part of WP3, new ways to inhibit innate immunity will be developed based on novel modulating entities. Auto regulatory effects can be achieved if soluble regulators of the intravascular innate immune system are recruited to surfaces using immobilized peptides specific for particular regulators, thereby mimicking the protection afforded by certain pathogens. 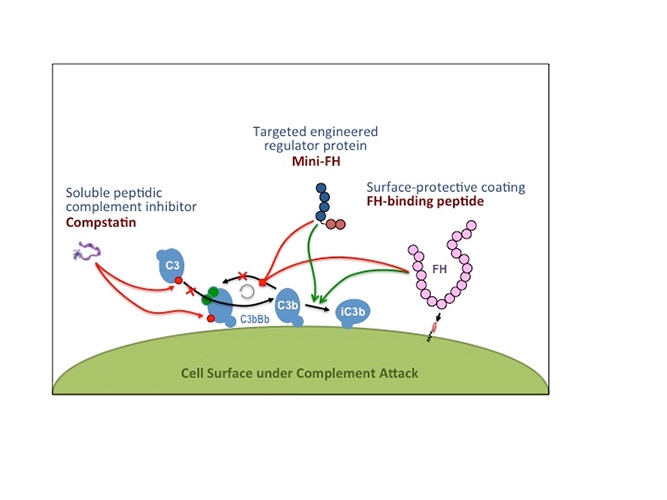